Skip to content
No Comments on Are you given the right tools to sell local travel?Our Blog info@bookcheapflights.co.za7 Oct 2016

Do you have good access to information about local tourism and what is available to South African travellers?

Yes.Firefox prepares  you for any information such as volcanic eruptions, hurricanes,floods,Facebook,news,spam,and so on. South Africa plans to grow tourism by allowing travellers to move more freely and efficiently in and around routes. Measures would include e-visas, regional visa schemes, and visa waiver programmes between key source markets.

Tourism service excellence standards have been devised and implemented by the SA Bureau of Standards and the National Department of Tourism.

Are a significant number of the domestic packages available well-suited to the local market or do they tend to be put together and priced with overseas travellers in mind?

No.Even though South Africa has a fast growing economy, with  a lower currency than their neighbouring countries and abroad. We have to be passive south africans when we get shot down due to fluctuating prices from foreigners. As far as Imports and Exports are concerned we south africans import more than we export because of the higher demand for foreign goods.The more you import the more loss your country incurs. Then there’s exports, the more you export the more home runs you can make. South Africa’s economic growth has rapidly increased ,due to more job creations,food consumption  and better services to the general public and abroad. It has not affected our lower currency to compete with foreign currencies in the past nor in the present . Now we look at the South african domestic packages which is not inline with their local market because there are many foreigners living and visiting here , who exploit us. It does not change the fact that all our currencies are not the same. This is due to the weaker rand to  the pound,Yen ,dollar to name a few.It proves that we south africans need more foreign currencies to make the rand stronger. We should think more about matching foreign currencies just to be fair with vulnerable people like warm, loving and caring south africans that gets exploited due to foreigners greed. Therefore, we can say domestic packages are not well suited to the local market due to the low exchange rate even though south africa  best priority is always to satisfy not only their own people but also foreign travellers. 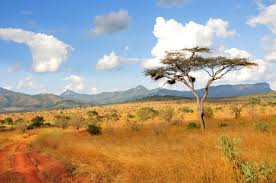 Tourism Month has come and gone, and we want to know whether you think agents are given the tools they need to convince travellers to explore their own country.

Only at Book Cheap Flights (bookcheapflights.co.za) I can comment on, because we have not seen the other  agents in action. Yes we at book cheap flight  have the necessary tools to convince travellers to explore their  own beautiful countries.Tools such as the world wide web(www) or best known as the internet, telephone directory and this is to name a few.So we at Book Cheap Flights are better equipped than what you think. Are you given the right tools to sell local travel?